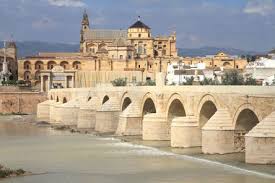 In the s . XI had to be the largest and most cultured capital of Europe , it Jews lived together in perfect harmony, Muslims and Christians. Was the birthplace of philosophers, scientists , artists and scholars, and it is now pillars of knowledge or know where it came forged .

Córdoba, in relation to its size , the birthplace of a number of artists , among many others, names in bullfighting and flamenco. And it is not only leading to gala this city , as it is also said that Cordoba come the most beautiful women of Andalusia. A visit to the Museum of Julio Romero de Torres, can give an idea about it .

In Cordoba Mosque impresses as a cultural synthesis and as one of the most outstanding monuments of the world. Haunt its beautiful courtyards, intricately decorated with flowers, and make us dream their languid sunsets and pink in the silence of its picturesque streets. A visit to Córdoba and its province holds many surprises, and worth taking the time to live them.